When you want to hold two pieces of metal together until the final weld can be made, you need to tack welding. It is a very simple process and can be done with a few basic tools.

Tack welding is a type of spot welding and can be used to hold two pieces of metal together during the manufacturing process. It is also used to secure metal pieces to a fixture or jig before performing another type of welding.

Learning how to tack weld is the first step in becoming a welder. Tack welding is a type of welding that uses a very short arc and low heat. This makes it ideal for welding thin pieces of metal together. It is also used to attach metal parts temporarily until they can be permanently welded.

These short welds can be done in several different ways and with different types of metal but the simplest one involves using small spots (tack welds) to hold two pieces in place. This allows the joint to be moved around or repositioned for more accurate final welding or if the joint needs to be reheated for better alignment.

Where are tack welds used and why are they Important?

Tack welding is used in the manufacturing of many products such as metal boots, shoes, and even some pipes. The main reason this process is helpful is that it allows welding to be done with ease so that the parts don’t move.

It also speeds up production time as well as allows more control over the final product since a tack weld can be undone before a final welding process. This helps companies make high-quality products without wasting money on materials or time exploring design flaws in their final product.

Tack welding is important because it guarantees that the material is properly aligned and securely attached to another object, which allows for better control over the welding process resulting in an accurate and high-quality final product.

Standard tack welds are done to help support a strong final weld. For example, if you were using MIG welding and wanted to tack your pieces together so that they wouldn’t move during the process, you would use a standard tack method. This weld is short and uses a higher heat so that it will form a solid bond with the other metal.

Bridge tack welding is when a standard tack weld is created at the end of a seam or joint to seal off the open ends.

For example, if you have a piece that isn’t long enough to reach from one side to another where it needs to be attached, but has an open end that you need to be sealed off for it to appear as a full, one long piece, you would use a bridge tack to help give the appearance.

This is done by laying down a few standard tacks on either side of the opening, then using either an Oxy or Acetylene torch to burn off the remaining slag from the previous welding process and flushing out any molten metal from the tack welds.

Then a final standard tack is done on either side to hold it in place and seal off the opening.

The reaction between the powdered mixture produces intense heat above 4000°F which allows for distribution at much higher temperatures than traditional welding methods. Thermit Welds are very strong joints that can be completed fairly quickly.

A hot tack weld is a degenerative process that forces molten filler metal into the joint through an opening; we call this opening a window.

This welding sequence is typically used to hold parts in place while permanent welds are being made, and can be completed in seconds. After your final welds have been completed and your part cooled down, you can break away the hot tack welds by simply breaking them apart.

An ultrasonic tack weld can be done by using either an electric or gas metal arc welding machine to create the tack weld. They are typically reserved for applications where there is no access to electricity, such as on-site repairs.

Ultrasonic tacks are made by creating a series of short pules or pushes that travel through the part being welded at an intense speed.

The tacks are created by pushing the welding wire into the base metal to form a small dimple, then pushing it down hard enough to create molten material that will fuse with both pieces of metal.

An induction tack weld is an advanced welding process that uses friction to create the tack weld. A high-frequency current passes through a metal tip, creating heat and friction which forces molten material into the base metal.

This is done by using either MIG or TIG welding to create a series of intermittent tacks at desired intervals.

Several different forms of tack welds are important because they can be used to hold pieces together before being fully welded or to help attach two pieces.

A square tack weld is a type of tack weld that is used to join two metal pieces at right angles. It is created by making a series of tack welds in a square pattern. It is very strong and will hold the two pieces together very securely.

This type of tack weld is when a tack weld is laid between two pieces so that it runs vertically to the bottom piece being joined.

For instance, if you have a square piece and need to tack it next to another square piece so they are vertically aligned, you would lay your tracks on the top piece.

This type of tack weld is when two pieces are dimensionally perpendicular (90˚) to each other.

For example, if you have a square piece and needed to tack it next to another square piece so that they were right angles to each other, you would lay your tracks on the side of the bottom piece.

This type of tack weld is when two pieces are dimensionally perpendicular (90˚) to one another and will form a “T” shape when attached.

For example, if you had two 90° squares, by joining them at their 90° point you would have a right-angle corner, which is what the “T” stands for.

What are the advantages and disadvantages of tack weld?

If you’re a beginner in the tack welding world, following the below tips can help you avoid a lot of hassle and ease your work for a better quality final product.

Make sure you understand what you’re trying to tack together before attempting this technique because it’s very easy to mess up if you’re not 100% positive about how everything should fit.

Use a “scrap piece” of metal when testing out your tack welds process, so you know how much filler wire to use and what order you need to lay them in to match up with your final design idea.

Make sure that both pieces of metal are clean and free of oil or other contaminants so that they can be joined properly.

4.Use Tape To Hold Things

This could prevent them from sliding around during welding and causing issues later on when aligning the two pieces again after they have cooled down and returned to their original form. Additionally, less mess will occur by laying tape across all areas that you don’t want moving instead of trying to pin each piece into place individually before starting your tack welds process.

Moreover, always make sure your tack welds are perpendicular to one another. If they are not, your final product could be crooked or off-balanced which would lead to long-term issues down the line.

Always provide an equal amount of heat on both sides of the tack weld for at least one second each. This will ensure that the metal is heated enough to form together but doesn’t get so hot that it warps or melts your base pieces of metal even more than they already have been.

How To do Tack Weld?

Tack welding is a great beginner welding project for you to learn. Follow these easy steps:

Tack welding is a great way to hold metal pieces together while you get ready for your final welds, but it can also be very frustrating without the proper equipment. Below is a brief description of each machine regarding tack welding.

A MIG welder is a great resource for anyone who wants an easy-to-use method of tack welding things together. They’re perfect for beginners because they’re very forgiving if you make a mistake, and they produce a lot of heat which is great for melting metal. 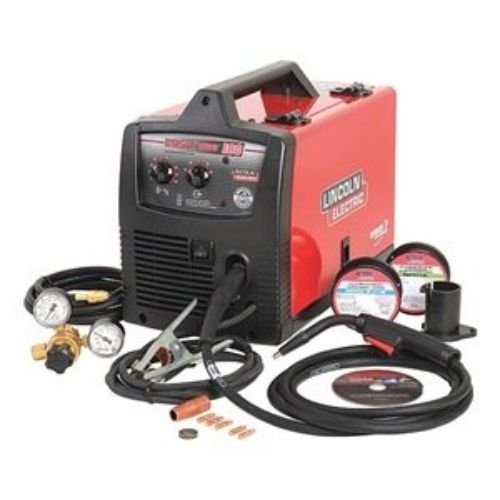 Although a MIG gear is usually just fine if you’re only going to tack a few times, however, TIG welding offers far more control and precision when tack welding larger projects. 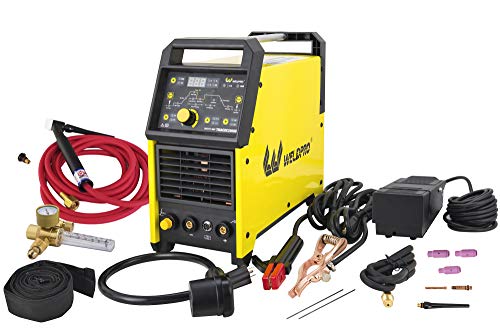 A TIG welder lets you precisely control how much heat you are applying to the metal at any given time so that you do not warp or deform any of your base pieces before completing your full weld. However TIG welding is a lot harder to learn so if you are new to welding, I would recommend starting with a MIG or Stick.

Another type of welder that is great for tack welding is the Stick welder. It’s perfect for beginners because it’s very forgiving and easy to learn, and it’s great for welding thicker pieces of metal. 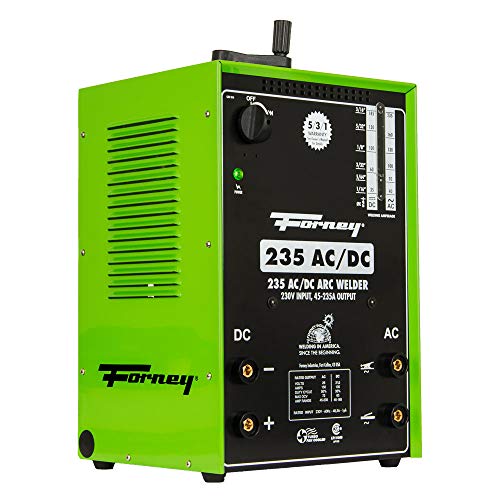 Just like a TIG, the Stick welder lets you apply more or less heat to the weld as needed, which is a must for tack welding. It’s also great because it doesn’t require any shielding gas, so it’s perfect for welding in tight spaces.

Also, If you need a lot of strong joints between two pieces of metal quickly, then a STICK welder might be just what you’re looking for.

Is Tack welding hard to learn?

Tack welding is easy to learn, but it does take some practice to get the hang of it. It requires you to be able to accurately measure how much heat your metal is getting without letting too much of it build up at once; otherwise, it will warp or melt your base pieces. This can be difficult for beginners because they may not always know when they are applying too much heat to the metal.

It’s important to the strength of your final product by keeping parts in place while you complete more permanent welds. Tack welding is not as strong as those final welds, but it can still hold weight and resist some stress before it fails. This is why it is important to make tack welding your first step in attaching two pieces of metal and it is an essential procedure for anyone who works with metal as a foundation.

My name is Liam. I got really into welding almost 15 years ago. Since then, I've been making various types of welds for both business and pleasure. With practice, I've learned what welding equipment works and what doesn't via firsthand experience. I want to inspire beginner welders about this amazing hobby and share my pro tips with all of you guys.